<NeoGravity> is a collaboration between Nønne Mai Svalholm and Yun-gyu Kim, artistic director of Dance Theater Tic company in Korea. Both creators incorporate non-traditionally schooled bodies (elderly cirtizens) with a focus on aesthetic quality. <NeoGravity> builds on the experience of a previous performance-installation called <Gravity> from 2019 choreographed by Nønne Mai Svalholm, which was a duet with a male performer who is 28 years old, and a female performer who is 70 years old. <NeoGravity> will build on that research from 2019, and add to the two Danish performers, the physical presence and the expertise of Yun-gyu Kim and also one of the members of the Korean elderly female ensemble he collaborates with.
These four bodies across ages, genders and cultural background, will interact under a 7-meter spinning sculpture and audience seating on the round to investigate through bodily negotiations the concept of transitions at different scales. The piece will play with audience on the round and reflect on the times that we are facing with the climate crisis and the pandemic, where the planet has become smaller and we must accept how much we globally affect each other's lives and future generations' lives. 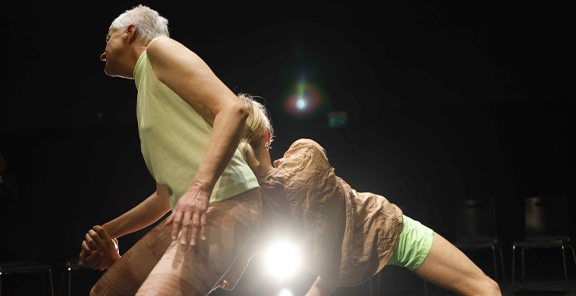 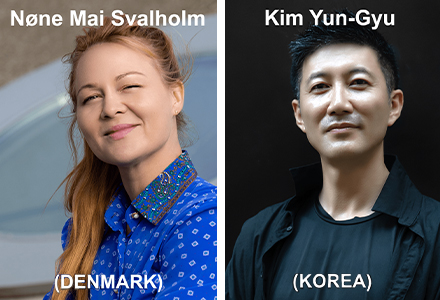 Finding a co-producing partner in Seoul which can provide a venue for a technical resicency period to finalize the piece and host presentations around PAMS 2021. Finding presenting partners from end of 2021 onwards…

This collaboration was born from the participation of SVALHOLM in the Nordic-Korea program during PAMS 2019, in which Nønne Mai and Yung-Gyu acknowledged many common points in their approach to choreographic work and will be the first step to exchange methodolodies and local collaborators to develop one production led by each of them. Founded by choreographer Nønne Mai Svalholm, SVALHOLM (Denmark) explores the sculptural dimension of bodily movement and the performative dimension of sculptural elements. The artistic vision is to examine existential questions and create a platform for new knowledge. Since 2015 SVALHOLM has been working with a dogma: staging non-traditionally trained bodies and people over the age of 60. Between 2015-2019 she created a trilogy of choreographic work inspired by the theme “Rethink Ageing”, where senior citizens take center stage.

Kim Yun-Gyu won the Best Choreographer Award of the year for the work called <Born again>, by the Korean Arts Council and the Korean Dance Critics Association. He founded Dance Theater TIC in 2014, producing <Outside the door> in 2014 and <Tropic>in 2016) In 2018 he staged <Communitas in Liminality> with 14 middle-aged women, dealing with stories of social conflict.
“The older body is a symbol of experience, transformation, life and death – a travelling trope to be found all over the word. In my manipulation of the body, objects and symbols, I am opening up for reinterpretations of the subject, the object, human life and the world we are part of”. Nønne Mai Svalholm. 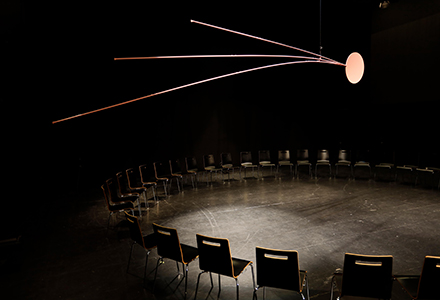