Contents
The COVID-19 pandemic that swept across the world has brought so many changes to our lives. Its impact is enormous in every aspect of our politics, economy, society and culture, and now we may face a whole new era. The performing arts sector is no exception. As social distancing prolongs, online video presentation of the performing arts has emerged as an alternative to what the performing arts used to be. Be it the audience watching a show without coming to the theatre or contact-free international co-production taking place online, changes around the theatre seem to be here to stay rather than disappearing after a while. How is the performing arts ecosystem changing going forward? Will the roles of theatres change in the post-pandemic era? And what does the performing arts have to prepare? 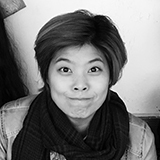 HeeJin Lee, Creative Producer, Producer Group DOT
HeeJin Lee is a creative producer and co-founder of Producer Group DOT, who has extensive experience working as a producer throughout Korea and internationally. In 2014, HeeJin co-founded Producer Group DOT with her colleagues to sought ways to remain independent and creative in an immense system that currently operates under a singular framework. She works with a diverse range of artists from diverse backgrounds in theatre, dance and interdisciplinary arts. She acts as a bridge between Korean artists and overseas artists and her works have been focused on international co-productions. She has produced Korea-India co-production Bahuchara Mata: Beyond Binary, Korea-Germany Co-production Walls-Iphigenia in Exile, Korea-Australia co-production Unknown Neighbors, Korea-UK co-production MIIN:미인 and etc. She is an executive member of Samil-ro Changgo Theater, a board member of Performing Arts Network Korea and China, and also a member of Asia Producers’ Platform. She curated programs of the guest of honor (Korea) for Heidelberger Stückemarkt in 2018. 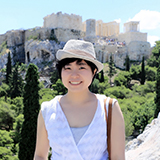 Lynn Fu, Independent Curator
With over 15 years’ experience in the arts and culture field, Lynn Fu is a Shanghai based independent curator and consultant. She used to work at the British Council in Shanghai and New York for many years. Her career now focuses on international programming and collaboration for various theaters, festivals and organizations in China. She was part of the curation panel for APAM and Made in Scotland showcase of the Edinburgh Festival Fringe. Lynn is an ISPA global fellow. She represents Auckland based Modern Maori Quartet and toured the company across 30 cities in China from 2017 to 2019. She recently produced the digital residency in Shanghai for the award winning Berlin based artist collective Gob Squad. She co-founded Arts Access, a platform to increase access to Shanghai’s cultural institutions for the disability community, and is currently working with the Goethe Institute Shanghai on disability and inclusion in East Asia. 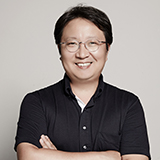 Dukhee Kim, Head of Production Team, Seoul Performing Arts Company
Dukhee Kim studied drama at Korea National University of Arts. His dream was to become a dramaturg but he is now working as a producer. He works as a director and producer of theatre, festivals and original musicals respectively at; a private organization, Performance Group Tuida; Ansan Street Arts Festival organized by the local self-governing body of Ansan; a national arts company, Seoul Performing Arts Company. His idea of being a producer is working as a medium between audience and administrative bodies. His main focus is to explore what contemporary values of performance are and what the future of the performing arts holds. 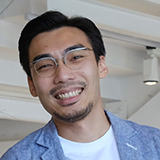 Ian Leung, Programme Manager, Hong Kong Arts Centre
Prior to joining the HKAC, Leung earned solid experience in programming, producing, touring, audience development and education in performing arts at the Hong Kong Arts Festival for 5 years. He is now overseeing performing art, public art as well as audience development programme for the HKAC since 2013.
In 2016, Ian was awarded with two scholarships by the Hong Kong Arts Development Council to participate at the ILPVAM and the Arts Activator Research Fellowship by Yale-China in 2019
Recent curatorial and producing projects include: Art Actually with Les Halles de Schaerbeek, a coupling project of contemporary artists of multi-arts residency performance exchange between HK and Brussels in 2017; Harbour Arts Sculpture Park 2018, a large scale public art project alongside Victoria Harbour; Cultural Masseur – Dragonix Multi-arts Festival, an audience development campaign based on inter-disciplinary practices and experiential encounter since 2018, Art and Architecture urban design campaign Via North Point with Finale Festival in Sept 2021. 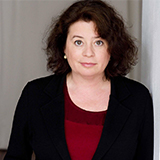 Almut Wagner, Chief Dramaturg, Residenztheater München
Studied theatre, film and mass media, Roman literature and sociology in Cologne. From 1991 to 2001 she worked at Schauspiel Bonn as a dramaturg and artistic director of the festival Bonner Biennale – New plays from Europe. From 2001 to 2005 and from 2008 to 2010 she worked as chief dramaturg and curator at Wiener Festwochen (Vienna festival) with Luc Bondy, Marie Zimmermann and Stefanie Carp. From 2005 to 2008 she was managing dramaturg of Deutsches Schauspielhaus in Hamburg. From 2011 to 2014 she was head of the dramaturgy department together with Stefan Schmidtke at Düsseldorfer Schauspielhaus. From 2015 to 2020 she was the head of the drama department at Theater Basel (general artistic director Andreas Beck). Since 2020 she is chief dramaturg at Residenztheater München.
As dramaturg she worked with directors such as Guillermo Calderon, Falk Richter, Miloš Lolić, Schorsch Kamerun, Thom Luz, Simon Stone, Anne-Louise Sarks and Therese Willstedt.
Teaching experiences at University of Cologne, Folkwang Universität der Künste Essen/Bochum and Theaterakademie August Everding München.
Since July 2021 she has been a member of the board of the German center of ITI (International Theatre Institute).