Post-Pandemic, Where in the World Should
'Emerging Artists' Go Next?

Contents
Some artists continued to work internationally even with the border being closed due to the pandemic, but the opportunities were not the same for emerging artists who were about to start their international careers. In fact, the border between the mid-career artist and emerging artist has been vague for a long time and it was already difficult to get an information without an already established network.

In this salon, we will discuss with international professionals on how 'emerging artist' are working internationally in each region. how artists can be discovered and incubated after the pandemic, and what measures exist to build sustainable arts industry. 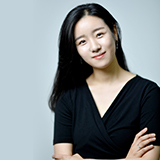 Soohye Jang, Independent Producer/Founder, Connected A
Soohye Jang is a performing arts producer and researcher based in Seoul, South Korea. Soohye has been working in the international exchange of festivals and projects as a producer in Seoul International Dance Festival, Nordic Culture Festival, and Seoul Improvisational Dance Festival. Currently, she is a committee member of Seoul Dance Center and runs a performance art planning and research company, 'Connected A', and working in partnership with various organizations and artist groups. 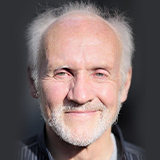 John Ashford, Director, Aerowaves, European Dance Platform
John Ashford is the founder and Director of Aerowaves, a European network for research and presentation of emerging dance companies with 44 partners in 33 countries. Its itinerant annual showcase Spring Forward offers a unique opportunity to survey the latest European dance tendencies in a single weekend of 20 performances. Spring Forward has established itself with an authority which attracts dance experts and producers from around the world, with Aerowaves now celebrating its first 25 years of networking. John is also the Publisher of Aerowaves’ online Springback Magazine and has devised its unique VR dance performance initiative Springback Ringside. He was formerly the Director of The Place Theatre and the ICA Theatre in London, and founding Theatre Editor of Time Out Magazine, championing Fringe Theatre and performance work. In 2002 he was honoured as a CBE. 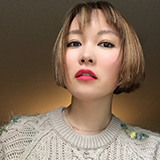 Ahram Gwak, Programming and Production Team Leader, Korea National Contemporary Dance Company Core member, Asia Network for Dance, AND+
SIDance is one of many projects he has produced or programmed to support Korean dancers starting their career on the international dance scene. Since 2017, he has been exploring various contemporaneous issues and people as well as how the relationship between them encounters dance as an art form. He is also focusing on developing sustainable dance repertoires and building a stable creative environment. 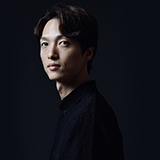 Cheol-in Jeong, Director/Choreographer, Melancholy Dance Company
With human life as the subject, his work reflects various images of modern times. While presenting works such as Flight, 0g, Übermensch, Your Symptoms, and Mobility, he is expanding his range as a choreographer. 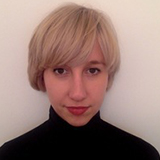 Ana Letunić, Independent Curator/Researcher
Ana is a contemporary performing arts producer, curator, lecturer, and researcher based in Croatia and Germany. She has worked for several performing arts organizations in Croatia, Germany, the Netherlands, Switzerland, Serbia, UK, and the USA, as well as for European networks. Her research is at the intersection of performance studies and cultural policy. She is a current collaborator of the Tanz Im August Festival in Germany and a jury member of Perform Europe, an EU-funded project which aims to rethink cross-border performing arts presentations in a more inclusive, sustainable, and balanced way.