The Asian Music Festivals Now: Are We Rising or Falling?

However, after 2 years of the pandemic and its enormous impact Asian music festivals are in crisis. The Asian festival market has revealed its social, industrial and cultural vulnerabilities. The crisis in the Asian Music market has made the continent’s near term future more opaque than any other. This session is joined by directors who have been working in the Asian music festival scene for a long time. They will discuss the Asian local ecosystem and its specific nature, which has manifested in the early stage and during the re-emergence of Asian music festivals. Based on that discussion they will share the future direction of Asian festivals that goes beyond a mere projection. 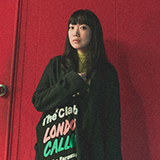 Cecilia Soojeong Yi, Head of Content, DMZ Peace Train Music Festival
Cecilia Soojeong Yi connects music and music performances from home and abroad. She has been presenting music and artists mainly at festivals. From 2016 to 2020 she was in charge of producing, management and international exchange at Zandari Festa as executive manager. Since 2018 she has been working as head director for DMZ Peace Train Music Festival. In 2020 she co-founded ALPS Inc. which focuses on music distribution, promotion and international business through its music content agency, FlippedCoin. She previously represented SsingSsing and Parkpark globally.

Justin Sweeting, Music Director, Clockenflap Music and Arts Festival
Hong Kong’s ultimately party organizer, Justin Sweeting has elevated Hong Kong’s music scene as co-founder of the city’s biggest annual music and arts festival, Clockenflap. Clockenflap has come far from humble beginnings in 2008 to become the city’s biggest festival.
Beyond Clockenflap, Justin has been a major advocate for Asia's regional music scene; taking on the responsibility of connecting the dots between Asia and the global musical industry at large. In 2015, he helped establish one of the first pan-regional, cross media platforms’, Asia’s Music Platform for Channel V. Advocating for the continued development of Asia’s live music scene, he was Managing Director of Asia’s Music Voice before taking on the role of Music Director at Magnetic Asia -- where he continues to promote gigs and shows with awe-inspiring dedication.

Adrian Yap, Director, Creative Arts Festival Urbanscapes
“Driven by curiosity to share unforgettable experiences.” That pretty much sums up Adrian Yap’s 21-year career. Fresh after graduation, he founded KLue, a pioneering city guide magazine and website. Dedicated to seeking out the best of the Klang Valley - from the food scene to the arts scene to the creative scenes and everything else in-between, it was a publication dedicated to sharing Klang Valley’s stories and people.
That first publication then led to Junk and Tongue In Chic, uncovering Southeast Asia’s music and street fashion scenes respectively.
His foray in media evolved naturally into festivals, concerts and other physical events. Lifting the stories and personalities from the printed page and screens, he provided the platform for fans to experience first-hand the work and talents the publications seek out. The exciting portfolio of events include Urbanscapes, Upfront, Tiffin and many other signature events over the years.
He has promoted live music shows in Malaysia featuring Khalid, Foals, Sigur Ros, Franz Ferdinand, Grimes, Tegan and Sara, Oh Wonder and many more over the years. 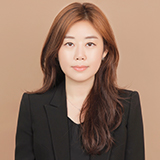