Contents
Issues around our planet Earth, our lives and sustainability of the art ecosystem are never negligible in the contemporary world. We’re now faced with a crucial moment which requires a shift in perspective and an immediate action. Here we discuss why climate change is such an important issue to both art world and artists and what kind of roles we could play. Then we think about any possible creative practices and counteractions against the crisis. 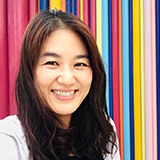 Jisun Park, Creative Producer, Producer Group DOT
Jisun Park is a creative producer, researcher, and arts policy advisor. Over for 20 years, she has been working without boundaries of genre, producing works, planning festivals, initiating international residency and international networks such as APP(Asian Producers' Platform). Recently she has begun new explorations with artists on various subjects including cities, boundaries, technology and arts, and Climate Change to explore the contemporariness of the arts.

Borahm Kim, Theatre Maker/Media Artist, Untitled Road
Borahm Kim is interested in utilizing different aspects of games to create game theater works where audiences can experience and reflect on stories in varied ways. She is interested in the fluid transition process of games in the context of them potentially expanding theatrical experience.
She is keen on using mobile app, 3d sound, AR, VR and other media, bringing out the most of their uniqueness to expand audience experience.She is director of creative group Untitled Road. Her works include Plug-in City(2017), Fish City(2017), Index for the wonderful adventure of Nils(2018), Theatrical Experiment with 3D Sound Technology(2019) and Untitled Space(2020).
Recently she was shocked by severity of climate crisis, she was drawn to the complex situation of human-non-human relationship intricately entangled in the problem of climate change. She is currently developing a board game-style piece, A Moveable Forest(2020~) where players relocate trees endangered by climate change. 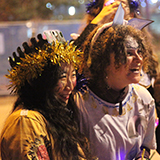 Haeweon Yi/ Francine Dulong, Theatre Maker, Blooming Ludus
Blooming Ludus
Blooming Ludus is a participatory theatre company connecting people, art and the environment for climate justice and a sustainable future. Founded in 2015 by Haeweon Yi and Francine Dulong, the company has played in the UK, Korea, and Canada. We create playful pieces that invite audiences to explore and physicalize humanity’s relationship to the planet. Some popular projects include the Salt & Vinegar series, a family-friendly musical comedy about marine lives and the ocean; How Much Space Do We Need for Living?, a participatory pansori theatre project about sustainable housing with Taroo; and Power Story, a game-theatre exploring energy and power. The company also hosted the Blooming Ludus Green Forum in 2021 to extend the network of conversation and artists.
http://www.climatechangetheatreaction.com 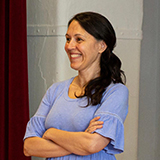 Chantal Bilodeau, Founder of CCTA Play Writer, Climate Change Theatre Action
Chantal Bilodeau is a playwright whose work focuses on the intersection of science, policy, art, and climate change. As artistic director of The Arctic Cycle, she has been instrumental in getting the theatre and educational communities, as well as audiences in the US and abroad, to engage in climate action through programming that includes live events, talks, publications, workshops, national and international convenings, and a worldwide distributed theatre festival. Her work has been presented in a dozen countries around the world. She is writing a series of eight plays that look at the social and environmental changes taking place in the eight Arctic states. In 2019, she was named one of “8 Trailblazers Who Are Changing the Climate Conversation” by Audubon Magazine.
https://www.pigfoottheatre.com 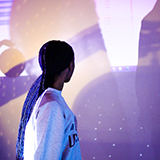 Hetty Hodgson/ Bea Udale-Smith, Theatre Maker, Pigfoot Theatre
Pigfoot Theatre
Multi-award winning Pigfoot is the first explicitly carbon-neutral theatre company in the UK, dedicated to making collaborative, energy-generating theatre about the climate & ecological crisis.
Their show HOW TO SAVE A ROCK is a bike-powered family comedy about how to still have hope. Most recently touring to Northern Stage & Theatre by the Lake with ETT Trailer Story & winner of Staging Change, Sunday Times Playwriting & Samuel French New Play Awards.
They're developing HOT IN HERE (a carbon-neutral dance party), a protest theatre show about climate justice commissioned by Camden People's Theatre Outside the Box Fund, touring Spring 2022.