Contents
In the era of Post-Covid, there have been many attempts to film performances that have been expanded to complement offline performances due to advances in digital technology. Beyond that, Metaverse and VR technologies began to be incorporated as experiments continued to overcome the physical limitations of the performance and connect with audiences around the world.
Performances began to become more connected with technology to break down the fourth wall, evolving into virtual experiences and virtualizing the stage and actors. We will meet leading VR immersive theater or performance creators that have become a hot topic at global festivals such as Sundance, Venice, and SXSW. They tried to change production, distribution that utilize virtual social platforms, and expanded audiences as they move from offline to virtual. It views new changes to connect with audiences in a new era, such as technology convergence as a creation, evolution of participation, interaction where the distinction between actors and audiences disappears, and liveness. 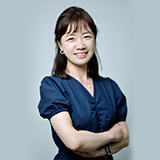 Rene Hyewon Lee, Producer/CEO, Giioii Immersive Storytelling Studio
Hyewon Lee is a multidisciplinary producer, educator, CEO and co-founder of Giioii immersive storytelling studio in South Korea. She has been working over a decade of experience in various new media projects combining art and technology and was also one of the founding members of ScreenX, the world’s first multi-projection theatre and award-winning immersive cinema platform. Currently, she is working on producing immersive content and Metaverse experience by blending storytelling with art, technology, and different cultures exploring a wide range of art forms. Her producing pieces have been introduced to the world, including Cannes XR, IDFA, Tribeca Immersive and Bifan. 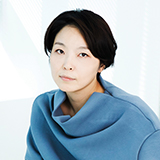 Jihyun Jung, Director, ‘Scarecrow VR’, ‘Scarecrow VRC’
Jihyun Jung is the director of Scarecrow VR. Scarecrow is a theatrical VR experience with a live actor for up to three players. Scarecrow was invited to several festivals including Sundance, New Images and Raindance Film Festivals. Jihyun Jung is also a graphic artist and runs the commercial film-production company Nodeprojects. She is enrolled in the MFA film directing program at the Korea National University of Arts ( K'ARTS). 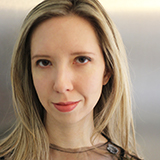